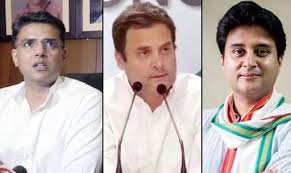 Horses were domesticated six thousand years ago on the grasslands of Central Asia. Four thousand years later, Caligula (37-41 AD) recognized the cognitive abilities of horses and attempted to make one of them, Incitatus, a Consul of the Roman Senate.

Jonathan Swift in his 1726 novel, Gulliver’s Travels, referred to a fictional race of intelligent horses, Houyhnhnms, that ruled over the humankind in some distant land. Powerful and virile men who take a lot of lovers are compared with Stallions, uncastrated male horses.

It is not surprizing then that Indians elect horses to represent them in legislatures. These horses are permanently listed on the sale-purchase market. Horse-trading is considered one of the most respectable activities in Indian politics. When their demand increases and stables fear hostile takeovers or voluntary exodus, these horses are checked into five star resorts and placed under heavy security. But everyone concedes that once they enter the race-courses, no force on earth can stop them from bolting away if mood so overtakes them and the offer price is right.

It is also a fact that Indians were never known for breeding good horses. We had to rely upon their supply from Central Asia and Arabia. What we end up sending to our Houses then are not thoroughbreds, but ponies, mules and donkeys. No wonder they do not neigh well in the well, but bray with dissonance. They do not gallop-canter-trot, but stray.

People who vote, the commoners, have been labelled as cattle class. Those who aid and support the politicians are Orvellian sheep who keep chanting “Four legs good, two legs bad”.

What does that make our legislatures?