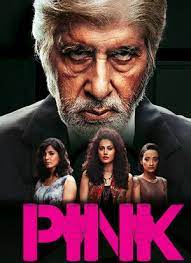 We did not need a film (PINK) to understand how ‘NO means NO’. Its just that ‘consent’ is such a complicated term that it needs a much wider discussion and the film must be credited with bringing the issue into focus.
Two major cases come to my mind as I mull over the term-
1.on Julian Assange in Sweden for rape ,molestation and sexual assault
2.Mahmood Farooqui’s trial and conviction in July 2016 in India (Peepli Live director)
In India ,the Nirbhaya tragedy paved the way for crucial amendments in the criminal law and led to a widening of the definition of rape under section 375 in 2013.While earlier only forced penile penetration was deemed as rape,now oral sex and a host of other offenses have also been included in the wider definition of rape.
It is in this backdrop that Mahmood Farooqui was convicted for seven years for forced oral sex.Earlier he wud have received a modest punishment for ‘outraging modesty’. The UK ‘s Sexual Offenses Act 2003 offers a gradation of offenses ,but section 375, IPC encompasses all offenses under the single category of rape.The amendments have also taken away the discretion for a less than mandatory penalty of seven years.
Without discussing the merits of the judgement,which has been severely questioned on many counts,one can still see that the question of consent is a tricky one.The prosecutrix is alleged to have said that she went along with the act out of ‘love,attraction and respect’ for the accused,and that she even feigned an orgasm so that the accused might stop,which he did.When she did lodge a complaint ,or how the court examined the evidences is not relevant to our discussion.But the fact that it is really tricky to establish the presence of absence of consent in many cases.In PINK also,even without the needless complication of solicitation,the question of consent would have stood as it.
Not relevant in the Indian context,but very relevant to the discussion is the ‘ Julian Assange’ case.He has been accused of rape and sexual molestation in Sweden. Assange is accused of violating the wishes of two otherwise ‘consenting’ partners by flouting their wishes with regard to condoms.
One accuser says she agreed to sex on the condition that Assange wear a condom, only to discover that he’d penetrated her without one. The other accuser maintains that Assange refused to stop having sex after a condom broke.
If consent is predicated on condom use and one partner surreptitiously avoids using a condom, morally, that’s a form of sexual assault. Jill notes in her piece that it would be difficult to make that legal case in many U.S. states because the relevant laws require force or threat or force in addition to non-consent. However, the second allegation, if proven, would easily constitute rape in many U.S. states. If one person withdraws consent during sex by telling their partner to stop, and their partner doesn’t stop, that’s rape (non-consent + force). I M NOT SURE ABOUT THE LEGAL POSITION IN INDIA on this issue.
The point of this discussion only being that ‘consent ‘ is a tricky word.A NO does mean a NO and should mean a NO(unlike what we have seen in films over the years),but a YES might also mean a NO,or maybe later construed as NO.Considering that the age of consent has been raised from 16 to 18, a large number of cases of consensual sex face likely punishment.Oral and digital rape,sexual violence during sectarian or communal strife,elopements involving underage lovers,all are potential grey areas .
Its high time Indian films get their act together and take responsible positions on eve-teasing,consent and rape.Dialogues like “uski NAA mein bhi HAAN hai ” should be exorcised from the cinematic vocabulary now.