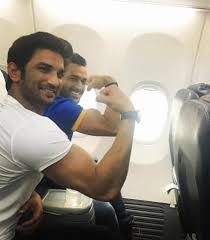 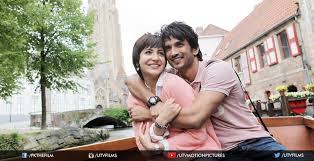 A Police team from Pakistan has arrived in Mumbai to investigate the apparent suicide of Sushant Singh Rajput. In support of their move, the Pakistani cops have produced a footage in which SSR is seen answering to the name of Sarfaraz, a Pakistani living in Belgium. Since Sarfaraz’s parents and extended family still live in Karachi, the Sindh Police has valid jurisdiction in this matter is what they contend. Mumbai Police which has so far steadfastly refused to cooperate with the Bihar Police has shown their eagerness to provide all assistance to the Pakistanis. Afterall, it is Karachi now that Mumbai Police’s favourite son, D, resides.

It is reliably learnt by lamestream media from their fake, non-existent sources that Belgium Police have also shown interest in the Case since Sarfaraz used to reside in Bruges (Belgium) and was on unemployment dole at least till 2013.

Meanwhile, a murder case has been filed against SSR in Ranchi on the complaint of Mahinder Singh Dhoni. He has presented video footage to back his claim and has contended that Sushant used to identify himself as Mahinder Singh Dhoni and in committing suicide, has managed to kill Dhoni as well. Not to be outwitted, Chennai Police has also registered an FIR against Rajput arguing that the actor is responsible not just for killing Mahi, the man,  but also Mahi, the captain of Chennai Super Kings. There is some confusion as to whether the deceased actor should also be booked under Section 309 of IPC for attempting to commit suicide since in this case Dhoni has actually survived the bid. It is also not clear whether Sushant can be booked for succeeding in his suicide attempt since there exist no clear cut provisions for  charging anyone for committing suicide. Senior officers of Jharkhand and Tamil Nadu Police have reached Mumbai to investigate further.

In a related development, the family of Sushant Singh Rajput have also filed cases at Patna under Section 306 (abetment of suicide) as well as Section 309 (attempt to suicide) against Dhoni. A team of Bihar Police is already in Mumbai to investigate the matter in which an FIR has been filed against Rhea Chakraborty for abetment of suicide.

Kolkata Police have also booked a posthumous case under Section 416 IPC against Sushant Singh Rajput for impersonating Detective Byomkesh Bakshi. The local officials argue that it does not matter that Byomkesh was a fictional character created by Sharadindu Bandhopadhyaya , as a certain Bengaliana had been accorded to the role by the legendary Uttam Kumar and Soumitra Chatterjee, and in recent years by Abir, Jisshu Sengupta and Saswata Chatterjee. They have also filed a similar case against Rajit Kapoor, a Punjabi, for duping the public by playing the Bengali detective in the famous 1993 TV Series.

Although no case can be made against Sushant for his moral transgressions like attempting to kill the heist film genre (by his horrific Drive ), and indulging in doublespeak and hypocrisy (for his role in Chhichore in which he sermonizes against the option of suicide), they raise questions about his character and mental health.

SSR is also being accused of treating the subject of death lightly by inviting his friends for mock funeral and prodding them to deliver fake eulogies in his last release, Dil Bechara. He broke the fourth wall by directly speaking with the lead actress, Sanjana Sanghi, after his death in real life, in Dil Bechara and in a film within this film. A posthumous release is cruelty in itself, what to say about a film which delves on death and its acceptance. Sanghi had earlier alleged #metoo against SSR. No one would be shocked if she attempts suicide out of confusion, guilt or misery after the release of Dil Bechara. Mumbai Police is contemplating whether SSR can be posthumously slapped with pre-emptive charges of abetment of suicide for encouraging Sanjana Sanghi to go for it.

Meanwhile many senior police officers, who have arrived from Patna, Ranchi, Chennai, Karachi and Kolkata to conduct inquiries into the SSR Case have been compulsory quarantined in Mumbai. The city police have decided to cooperate with other agencies in such a manner that wastes as much time as possible without reaching any conclusion. Central agencies and departments like the Income Tax, CBI and ED are ready to pounce upon any opportunity to somehow get involved in the imbroglio and gain some advantage for anyone who can derive something out of it.