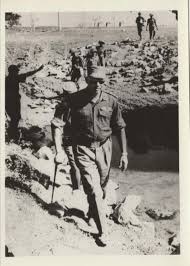 How and why has India forgotten its victories against the Dragon? One might be excused for even asking if and when did this happen?  The Right has ensured that the humiliation of 1962 does not fade from the public memory. But why are the twin victories in the Battles of the Sikkim Passes (Nathu La and Cho La,1967) and the vindication during the Sumdorong Chu Valley standoff hardly ever mentioned, let alone celebrated?

It is often stated that 1967 got sandwiched between the successes of 1965 and 1971, and also that Nathu La and Cho La battles were mere skirmishes, not full-blown wars. We did not acquire any new territories, nor were the boundaries redrawn as a result of these successes. Indian forces had just stood their ground, and called the Chinese bluff. It is also suggested that successive Congress governments chose to downplay the successes of 1967 and 1986 to avoid setting them up in contrast with the embarrassment of 1962. But there are might be more to it than these simplistic explanations.

The foundation of the victory of 1967 was laid in 1965, when Major Gen. Sagat Singh of 3-Gorkha Rifles, then commanding 17th Mountain Division, refused to vacate the Nathu La pass as ordered by his superiors. As a result, China could not occupy Nathu La, although it did promptly capture Jelep La which was vacated by the 27th MD(also ordered by the top brass). In 1967, Sagat Singh was the commander of 17th Infantry Division, in-charge of Sikkim, when the Chinese attacked a unit of the 2nd Grenadiers as they were fencing the boundary as per the mutually accepted Watershed Principle. Under fire, a quick decision to use artillery had to be made, but the decision seemed to be late in coming owing to some unavoidable delays. It was then that Sagat Singh overstepped his authority and gave the go-ahead to use heavy artillery which changed the course of the battle. India could defend Nathu La and with it the Chicken’s Neck (Siliguri Corridor) in the future only because PLA was not breathing down our neck from the Passes. But since this victory was based on a refusal to carry out orders (vacating the pass) and overstepping of authority(ordering the artillery),neither the Civilian administration nor even the military could hold it up as a template. Lt.Col.Rai Singh and Major Harbhajan (18th Rajput,post.) were awarded MVC, while Capt.PS Dagar was honoured with VC(post.), but Sagat Singh was shunted out to Mizoram to take charge of anti-insurgency operations(where he again excelled).India had lost 88 soldiers against 340 casualties suffered by the PLA.

A few days after Nathu La, another small pass by the name of Cho La was also successfully defended under Sagat Singh’s overall leadership by the 7/11 Gorkhas led by Lt.Col. KB Joshi, aided by Capt.Parulekar and others. It was in this battle that Rifleman Debi Prasad Limbu, the Tiger of Cho La, achieved everlasting fame by hacking five PLA soldiers to death by his khukri. He was awarded the Vir Chakra(post.).

These twin setbacks have kept China under check for quite long. Post 1967, they stopped giving active aid to Mizo -Naga rebels and Naxalites. During the 1965 India-Pakistan War, China had amassed troops on the Sikkim border and issued two ultimatums to India to destroy her bunkers/fortifications on the Tibetan side and to vacate Nathu La and Jelep La. But during the Bangladesh War, the Chinese refrained from issuing any ultimatums and kept their aggression under check, despite fervent appeals by Pakistan and blatant encouragement by the Nixon-Kissinger duo. China had, by then, understood that India had smartened her act and might not just bend over and collapse. PLA had realised that any aggression shall be met with equal and opposite reaction, and that Indian forces had ample strength and resolve to dent the image of China as a regional or global player.

Probal Dasgupta also discusses the Sumdorong Chu Valley standoff of 1986 in which the PLA had occupied some Indian posts and set up semi-permanent structures. The leadership in Delhi wanted both Indian and Chinese forces to fall back by a kilometre, but this compromise was rejected by Lt.Gen.(later Army Chief) VN Sharma. He argued that ‘vacating of Indian territory’ would be a violation of the Constitution, and would also be tactically disadvantageous to our side, since the Chinese might swiftly return owing to their much better infrastructure which the Indians lacked. Army Chief K.Sunderjee backed Sharma, who had offered to resign, and advised a key Rajiv aide to ‘seek better advice’. He ordered massive mobilization of forces, artillery and helicopters, in a show of strength. China quietly vacated the posts. Both sides de-escalated the situation, and eventually an agreement was signed in 1993 to maintain peace along the LAC. Since this minor victory also emanated from a ground commander’s refusal to follow orders, the civilian administration never quite hailed its importance. Defence Minister ND Tewari’s visit in 1987, followed by Rajiv Gandhi’s trip to Beijing have received more limelight.

Watershed 1967 also discusses in quite some detail how the civilian interference in Military appointments and operations hamstrung our response in 1962. Probal Dasgupta draws the outlines of 1965 and 1971 Wars, Doklam situation (1966,2017), Aizwal bombing by Indira Gandhi (1966), the problem of Sikkim and its resolution(1950-75) and pen-portraits of the heroes and villains of these battles/wars. He has paid rich tributes to Lt.Gen. Sagat Singh, Gen. VN Sharma, Gen. Sunderjee, Lt.Col.KB Joshi and Debi Prasad Limbu. The legend of Baba Harbhajan Singh(who perished during a regular petrol)  has also been explored.

The narrative of Watershed 1967 flows like a thriller, and it can be considered an essential reading in these times of renewed India-China hostilities. Dasgupta has packed a lot of action in mere 209 pages. The author is a former infantryman with Gorkha Rifles, and has provided a wonderful description of events. This book is a welcome addition to Indian military historiography.