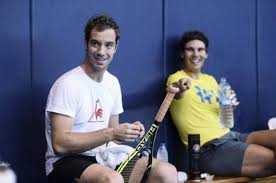 “Nobody beats Vitas Gerulaitis 17 times in a row.”

Vitas had beaten Jimmy Connors the first time they played at New York in 1972. In the next 7 years, Jimbo thrashed him 16 times in a row. After he  finally overcame Connors in January 1980 at Masters, New York, Gerulaitis had exclaimed the famous line in jest, and palpable relief.

But nothing in the life or career of Vitas Gerulaitis was either that simple or straightforward. At that point ,he had lost eleven out of eleven matches played against Bjorn Borg. Tennis Gods conspired for Borg and Vitas to play each other six more times in the next 15 months , and the Ice Man ended up handing over six more defeats to the Lithuanian.

Hence , someone did manage to beat Vitas Gerulaitis 17 times in a row. That someone was Bjorn Borg. 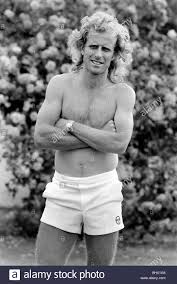 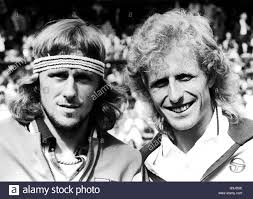 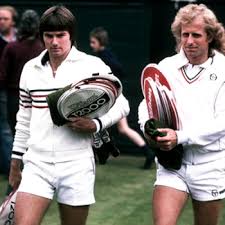 Gael Monfils is not a Slam winner, Vitas had an Australian Open to his credit . Novak Djokovic is as consistent as Borg, perhaps much more so than Connors. Gael and Novak played at Dubai in the Semifinal last night- their 17th encounter.  Monfils must have hoped that the famed Vitas Gerulaitis Law would work for him too, having lost 16 in a row to Djokovic. The Frenchman breezed through the first set 6-2 , and broke Nole early in the second. The Serb dug deep to break back and take the set to tiebreaker but he trailed by 3-6 at one point . Monfils had 3 Match Points, but did he did not have Novak’s measure. Novak rallied to take the second set, and then easily won the third set 6-1.

Gael Monfils is a great athlete , but he could not convert his match-points.  Novak has made a career out of comebacks from Match Points. Federer would testify. Novak now has 17 wins (and zero losses) over Monfils, 17 wins ( and zero losses) in 2020,  and 17 Grand Slams (and counting) to his credit so far.

But it is not that only Novak has a 17-0 head-to-head record. Roger Federer has same career scoreline against David Ferrer , as well Mikhail Youzhny. Rafael Nadal leads Richard Gasquet 16-0 . Even Lendl had a 17-0 career head-to-head versus Tim Mayotte, and 16-0 against Brad Gilbert and Scott Davis. David Ferrer himself managed a career scoreline of 15-0 against Nicolas Almagro.

Just to put misery into perspective , David Ferrer had a 5-16 record Vs Novak, and 6-26 Vs Rafa. One of the best players never to win a Grand Slam thus has a win-loss record of 11-59 against the Big Three.

Nicolas Almagro of Spain has a solitary win against Rafa against 15 losses, his records against Novak and Roger are 1-5 and 0-5 respectively, making his record against Big Three as 2 wins against 25 defeats.

Gael Monfils and Richard Gasquet are still active on Tour. Nicolas Almagro and David Ferrer have retired. There is a possibility that Novak Djokovic and Rafael Nadal might extend their winning streaks against these two Frenchmen. Seventeen-zero is neither safe, nor final as of now.