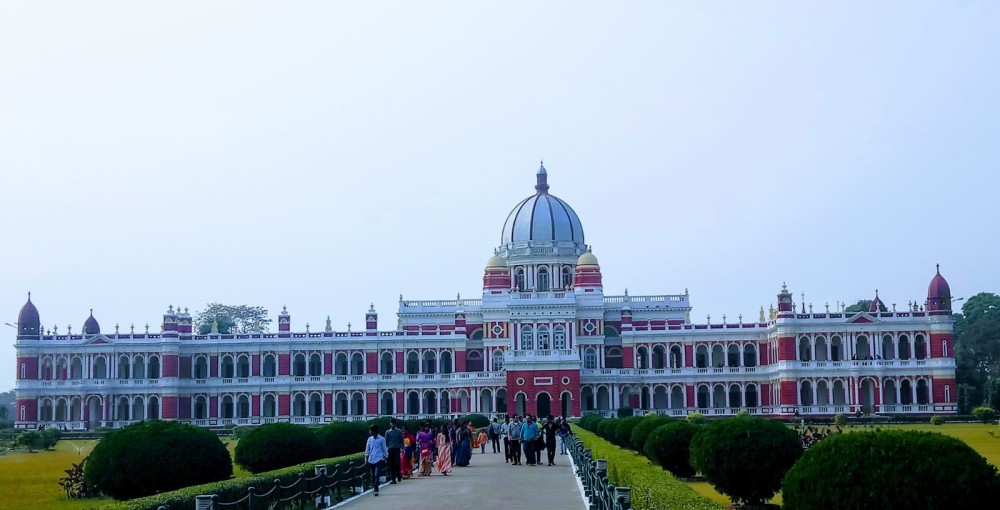 165 km east of Siliguri , surrounded by Assam in the east and Bangladesh in the south , is located the district of Cooch Behar. It derives its name from the Koch Rajbongshi tribe, which dominates the region.Today , it is a famous tourist destination because of its magnificent palace and Madan Mohan Temple.

It was the seat of the princely state of  Koch Behar, the western half of the Kamata kingdom of Koch dynasty (Koch Hajo Kingdom in Assam being the eastern half ) since 1586. The capital, earlier known as Guriahati, was established on the banks of Torsa river at the turn of 17th century . 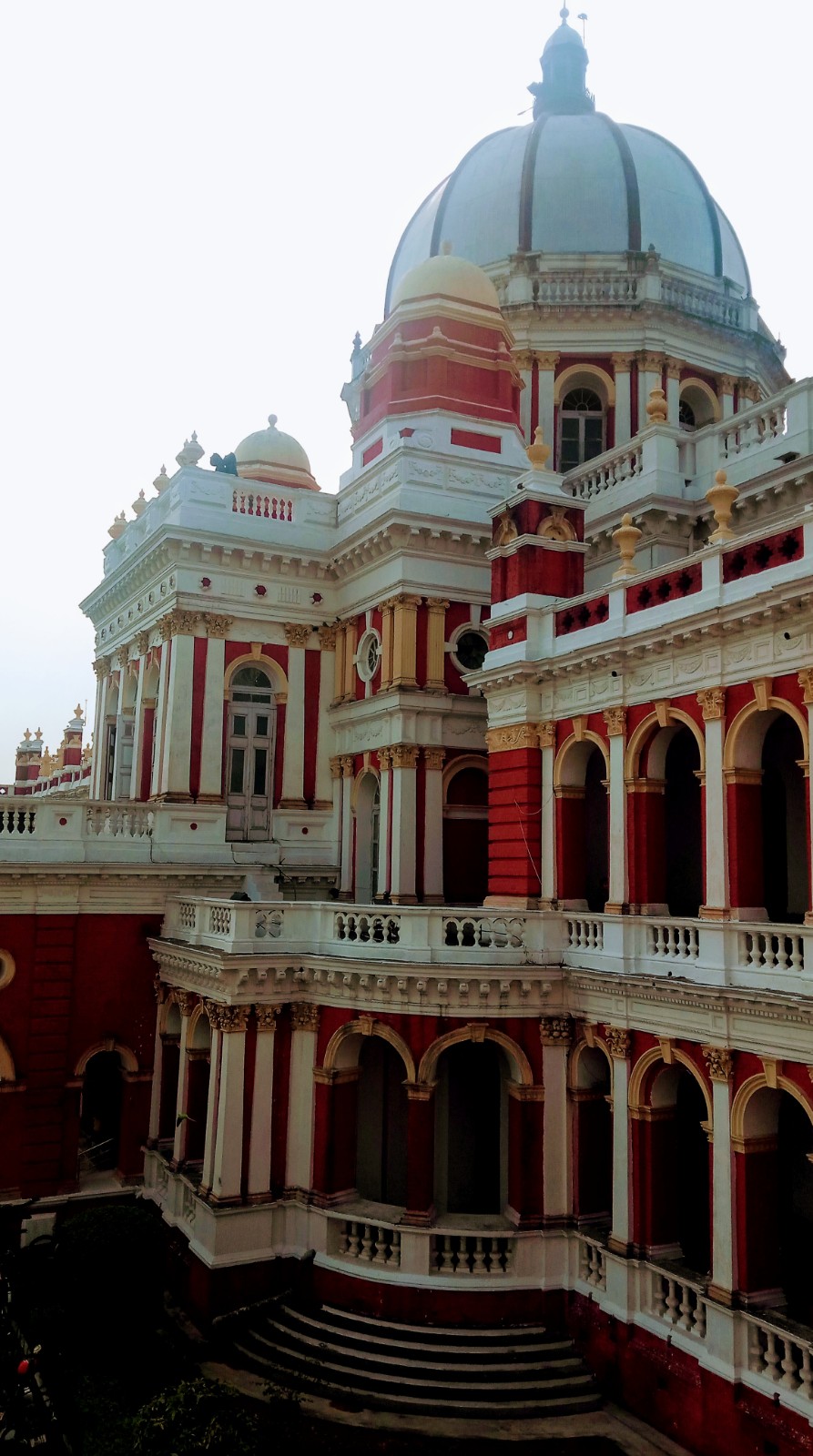 Cooch Behar was one of the six districts of Bengal, along with four districts of Assam, which was the proposed to be included in the Kamtapur State by Kamtapur Liberation Organization (KLO). 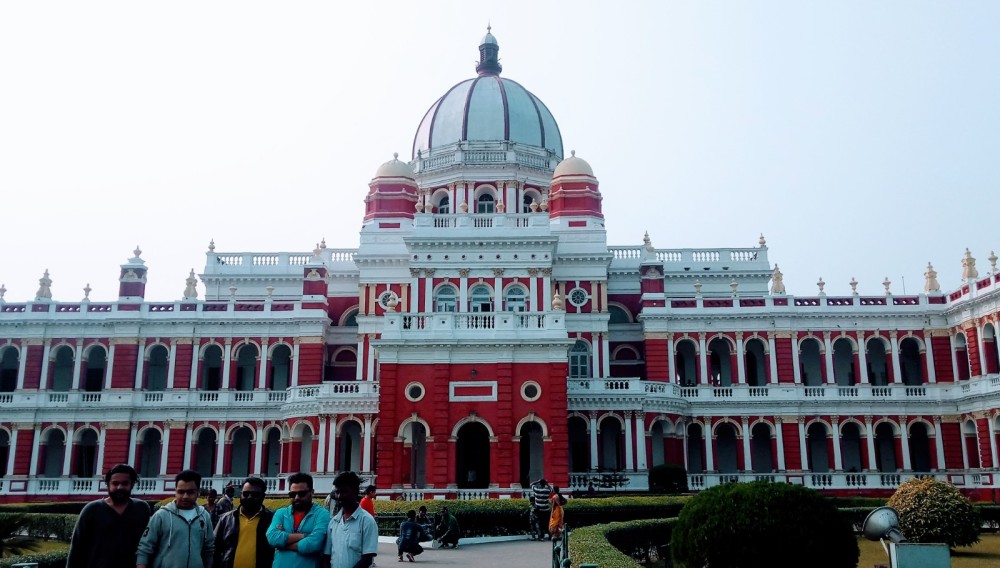 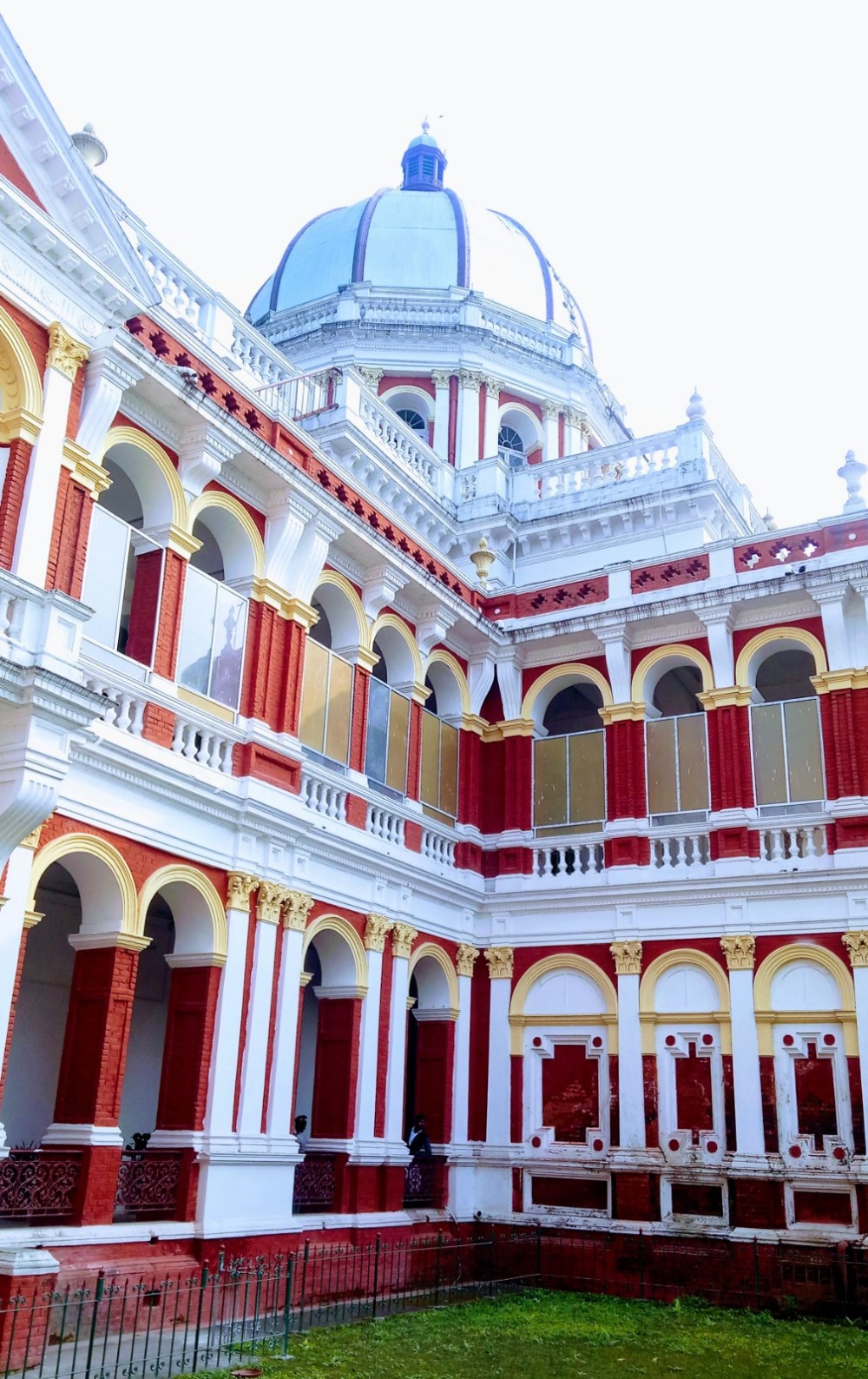 The VICTOR JUBILEE PALACE , now commonly known as Cooch Behar Palace, was constructed during the reign of  Maharaja Nripendra Narayan in 1887 ,and was modeled after the Buckingham Palace . The Palace was a brick-built, double-storyed structure, and boasted of all modern amenities of the time. Flushes, tiles, toilets ,doors and ceiling work – all mirrored the prevailing English tastes, along with the very best in the East . 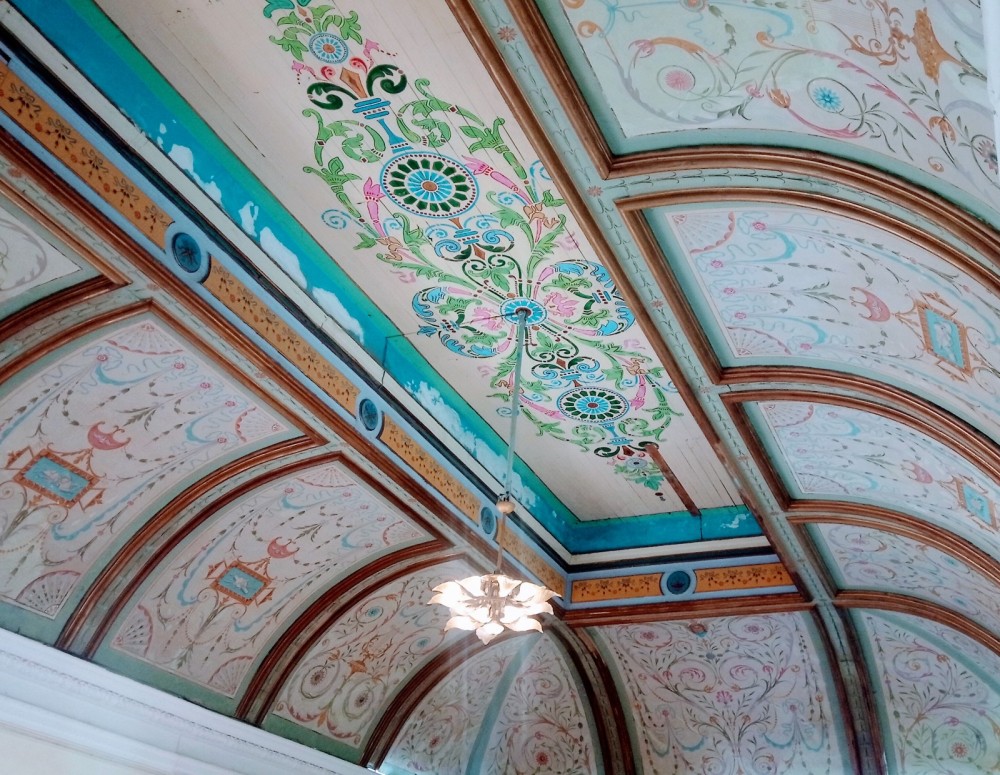 The main entrance into the palace opens into the Durbar Hall which is a slightly projected porch. The Hall has an elegantly shaped metal dome which is  124 feet (38 m) high and is built in the Renaissance style. Right below the dome, on the floor, is engraved the Royal Seal in pietra dura (parchin kari- metal inlay work).The palace was originally  three storied ,but the topmost one was destroyed in an earthquake. 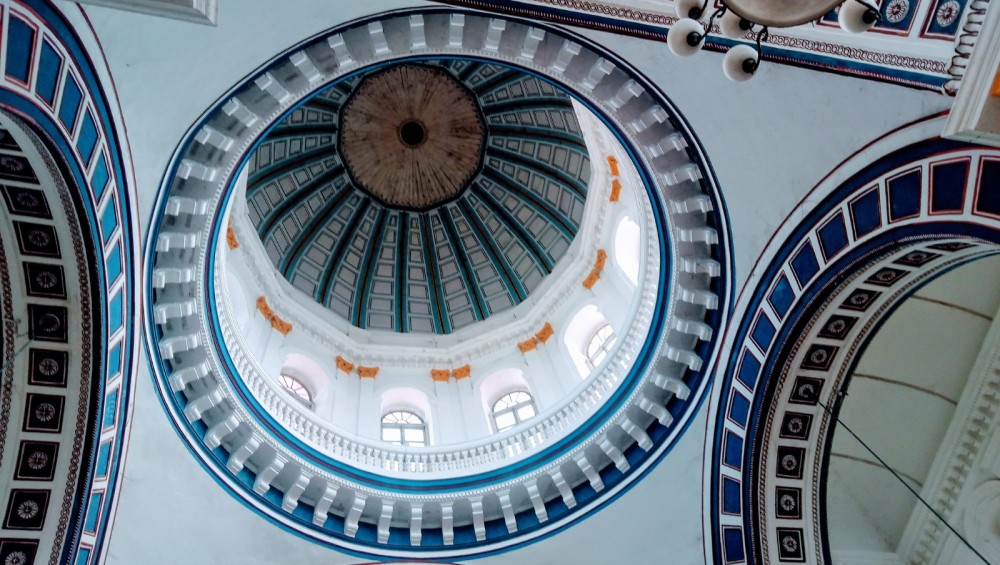 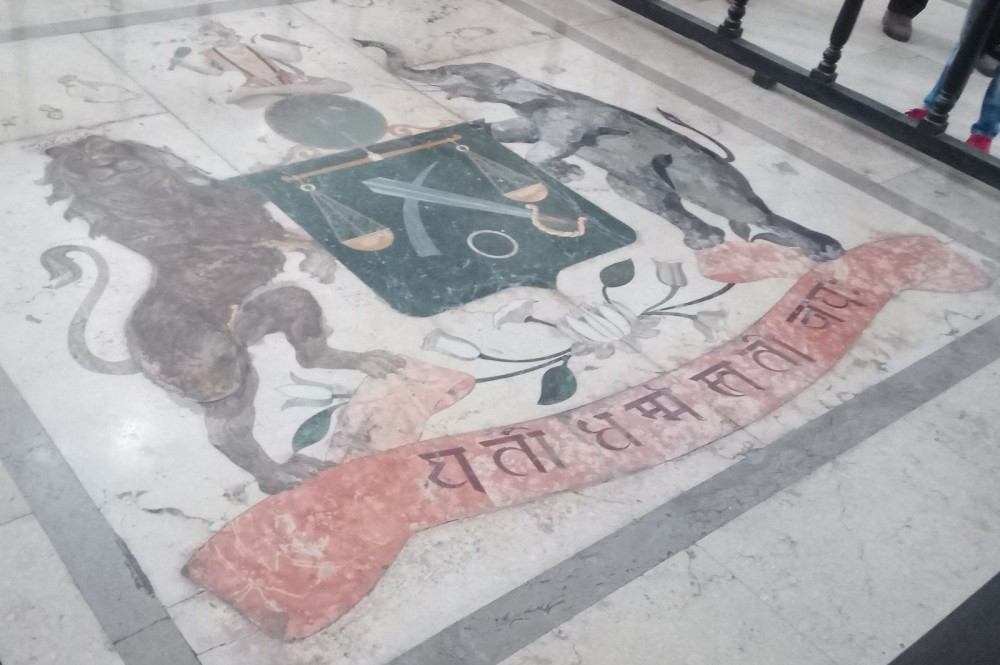 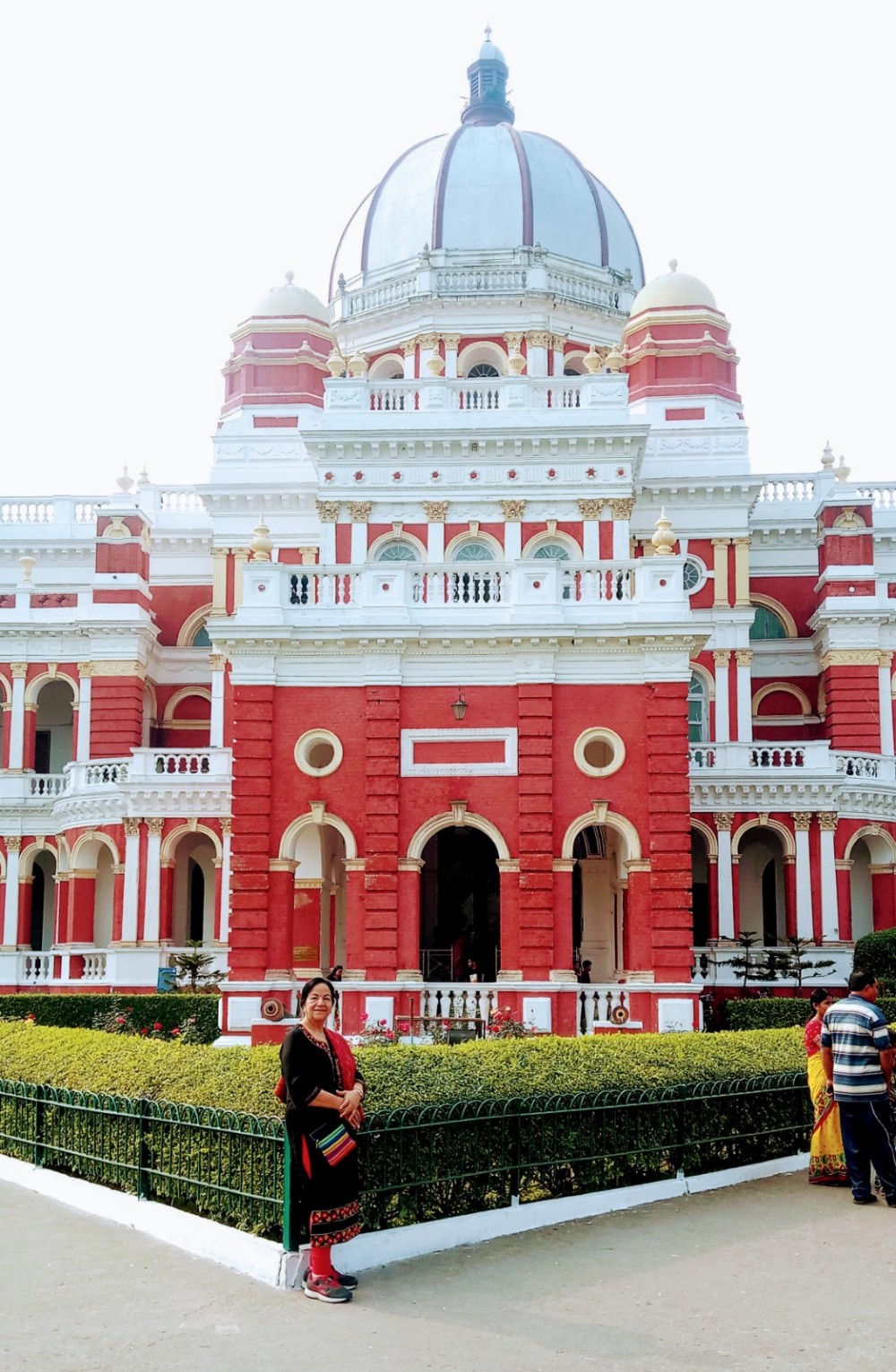 The Palace now has sixty rooms, most of whom are now  closed. It does not look very imposing on the inside. 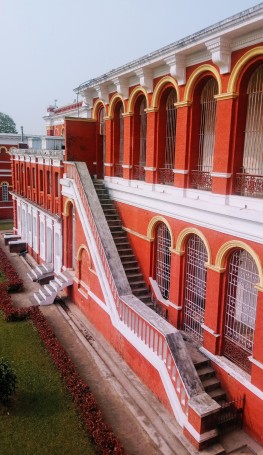 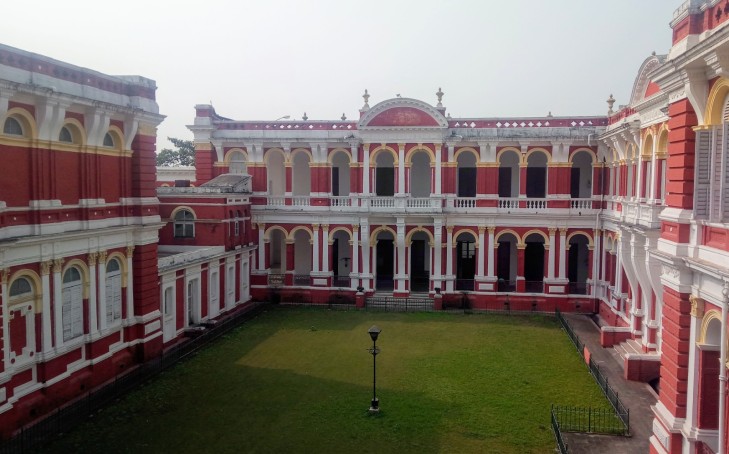 The Palace faces huge lawns which are quite well maintained, and add to its charm and grace. 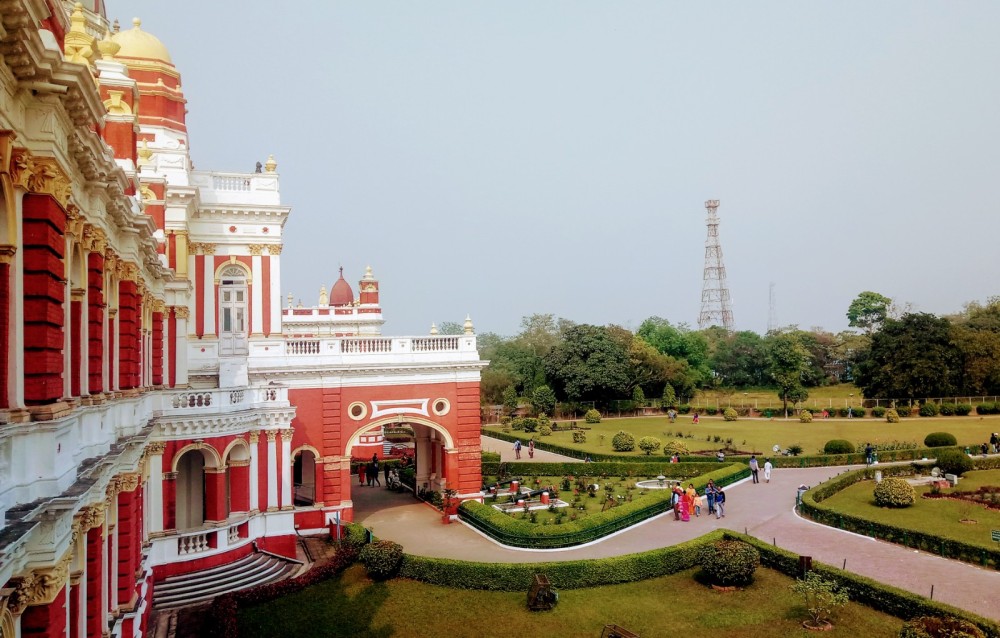 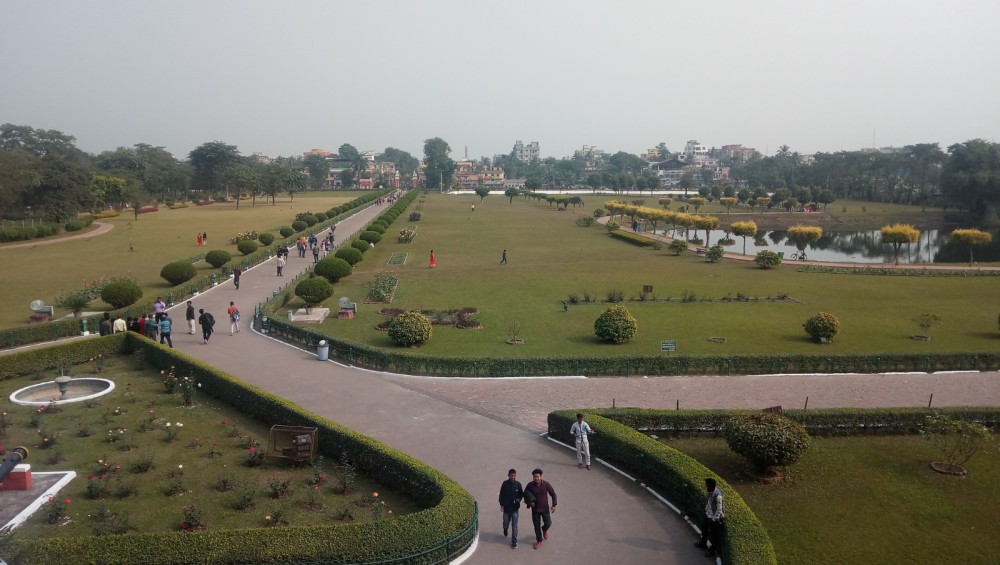 Nripendra Narayan (1863-1911) was a modernist. He promoted male and female education ,and banned slavery in his state. He was married to Sunita Devi, a daughter of Keshab Chandra Sen. The Maharaja was a huge cricket and a polo enthusiast. After his death, his sons, Rajendra Narayan (1911-13) , and then Jitendra Narayan (1913-22) became Maharajas. Gayatri Devi, later the Queen of Sawai Man Singh II of Jaipur, was the daughter of Jitendra Narain.Two of her other sisters were married to Kings of Tripura and Dewas. 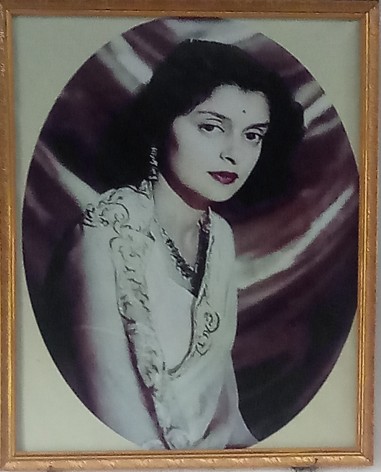 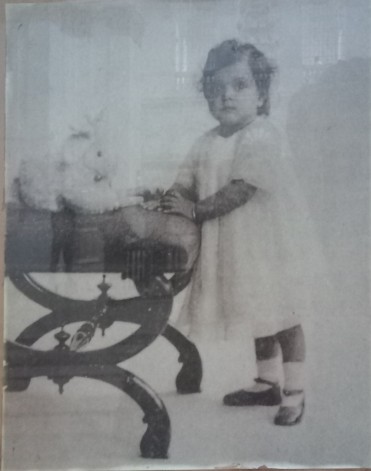 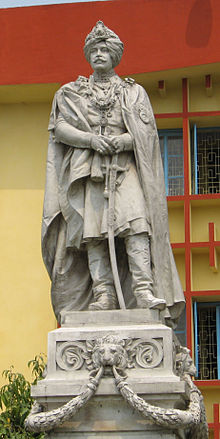 (Pics of Gayatri Devi as a young woman and a child, and Nripendra Narayan)

Jagaddipendra Narayan was the last Maharaja (1922-49) , who ceded all ruling powers to the Government of India. His second wife ,who subsequently came to be known as Maharani Gina Narayan, was a Spanish model. They married in 1956, long after he had ceded powers.There is one photograph of the couple in the Palace, but the guide and many other locals were quite derisive about them. They narrated tales of how Gina fled to Spain with with some valuables, and even two aircrafts, once she saw that the last Maharaja had become powerless. Of course, this is not true, as the couple remained close to each other till the late King lived. 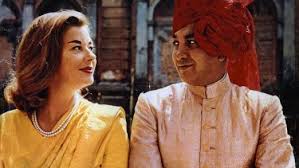 Almost all the items and artefacts  belonging to the royal family were stolen by locals between 1949 and 1982, when the Palace was finally taken over by the Archaeological Survey of India . There are only some royal weapons, ramshackle furniture, common photographs, empty rooms and corridors left now, but the ASI has filled some rooms with local anthropological items like farming and fishing equipment, recovered/seized sculpture and dresses and items of local use .

(A Navgraha Panel of 11th cent. and a Sadyojata sculpture of 12th cent. AD in Gallery) 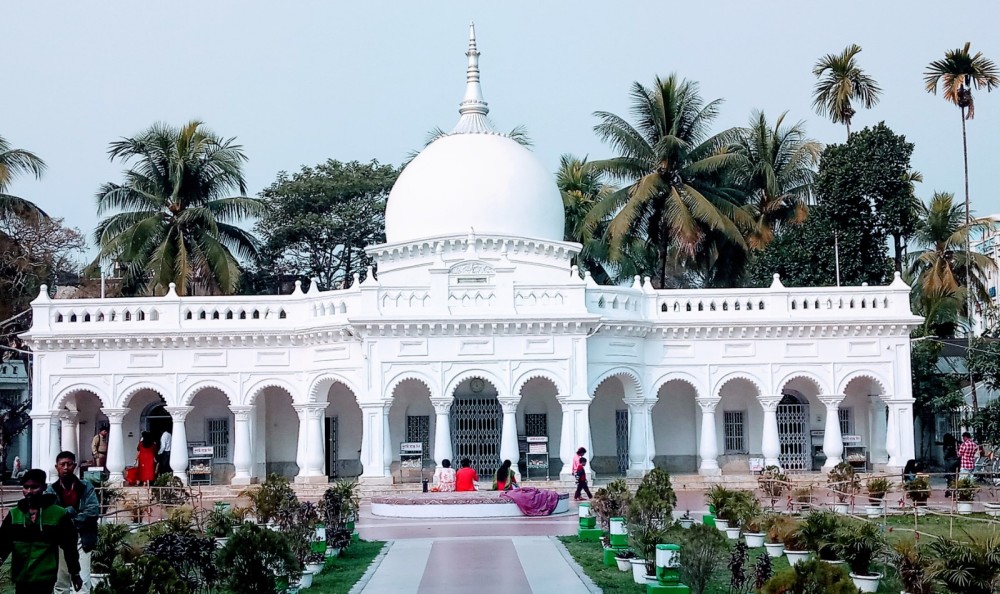 The beautiful Madan Mohan Temple was constructed during 1885-1887 by Maharaja Nripendra Narayan. The temple has a beautifully designed dazzling-white, bulbous dome and scalloped arches with denote Islamic influence,  along with low-pillared corridors which is a common feature in many Hindu temples. 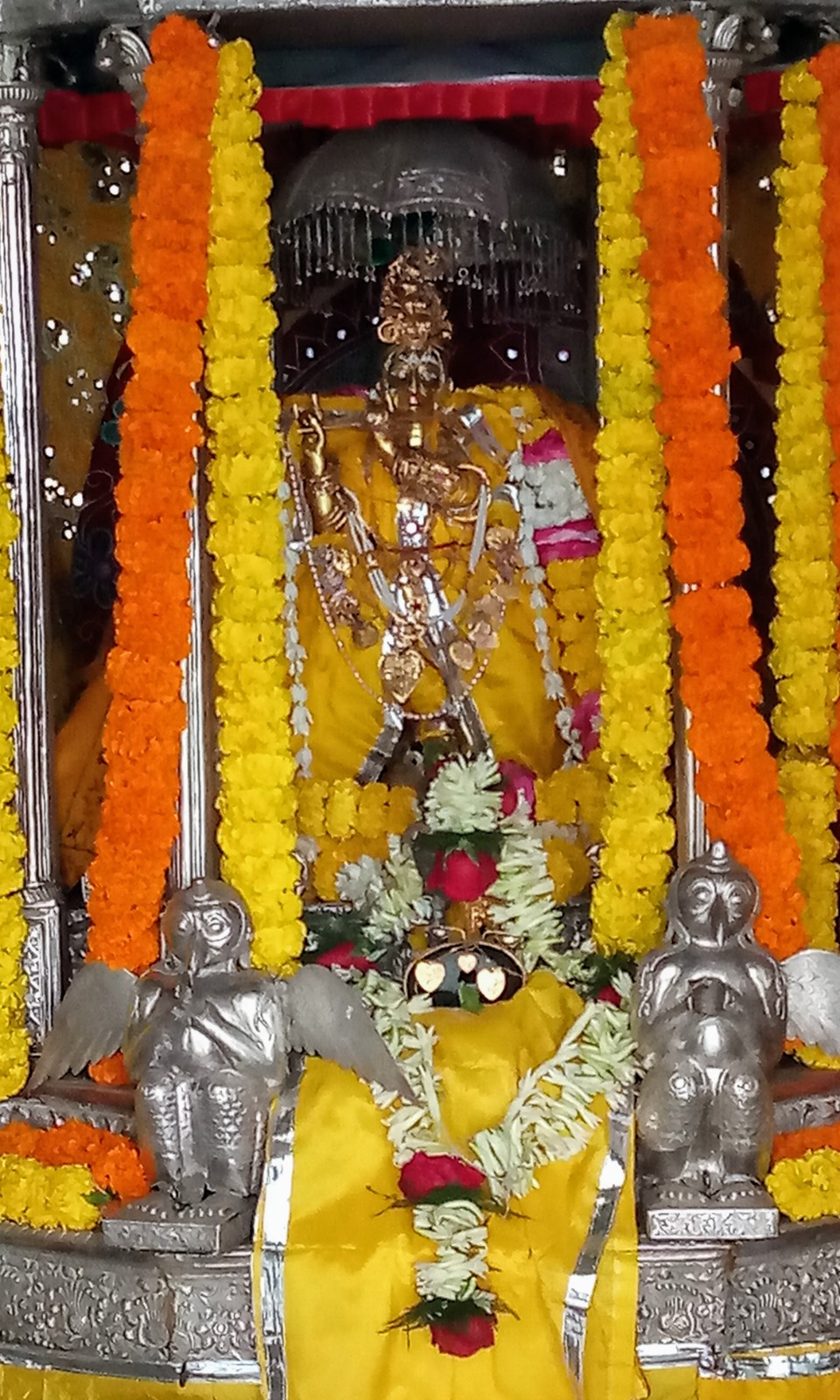 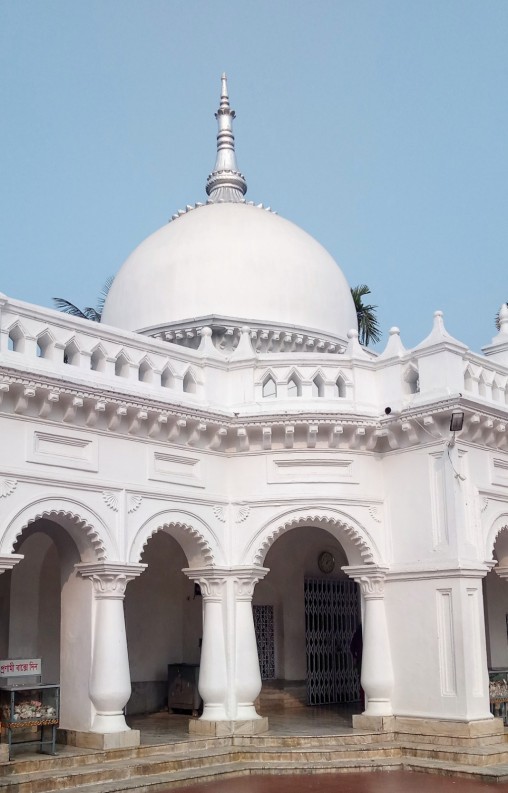 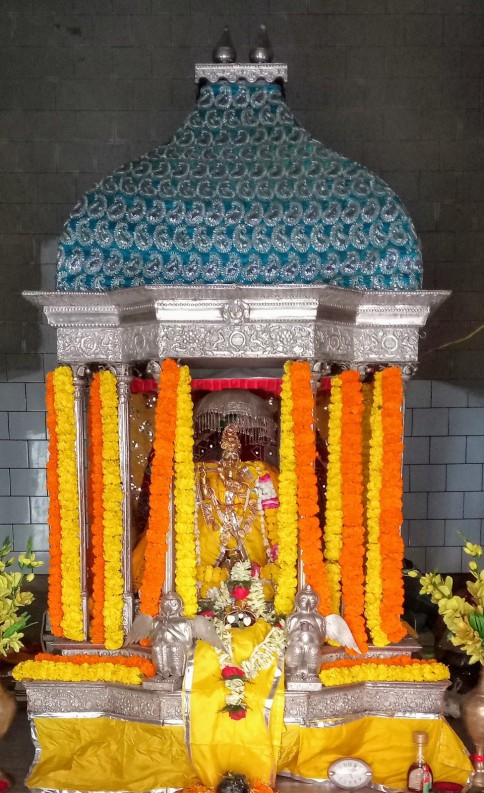 There is also a Siddheshwari Temple in the same campus. The temple complex enshrines deities like Madan Mohan (Krishna), Tara Ma, Kali Ma and Ma Bhawani. 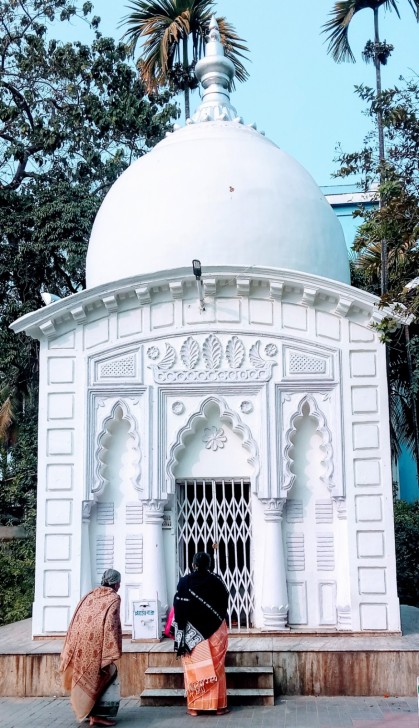 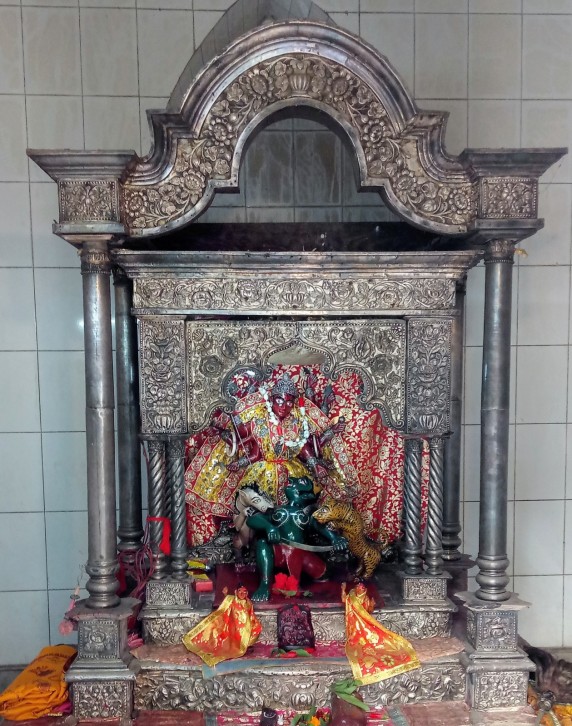 On the occasion of Rash Purnima, the temple celebrates Rash mela and Rash Yatra , one of the most celebrated occasions of North Bengal. Rash Chakra , which was earlier moved by the Maharajas and now by the District Magistrate, is designed by a Muslim family , and looks like a Moharram Tajia.

It takes just about three hours to reach Cooch Behar from Siliguri by road, or by train (which are numerous). Jaldapara National Park, Gorumara and further Buxa Tiger reserve , as well as Indo-Bhutan border posts of Jaigaon-Phuntsholing are all in close proximity. One can return to Siliguri via the DOOARS , by crossing Malbazar,tea gardens and then the Teesta Bridge at Gajal Doba. 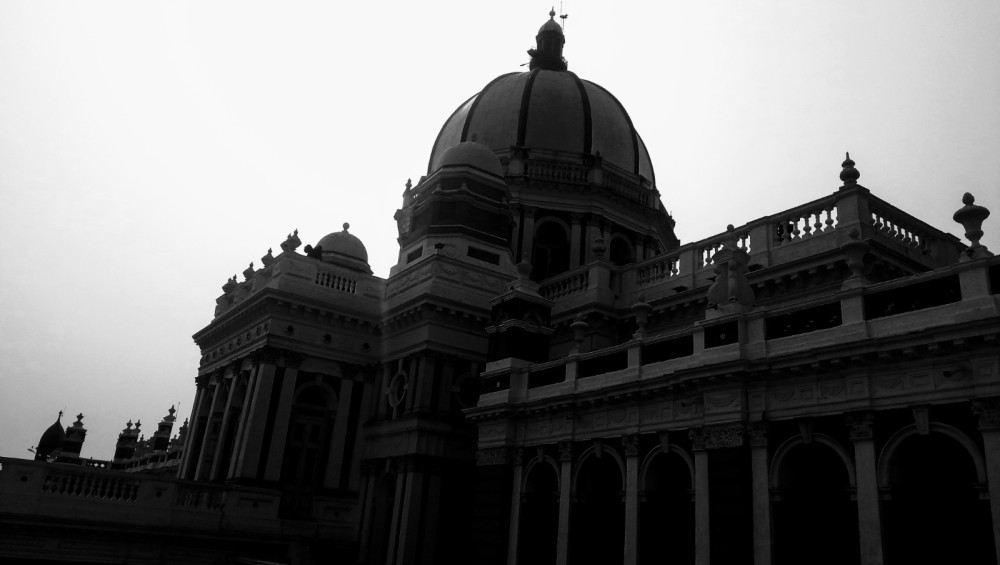 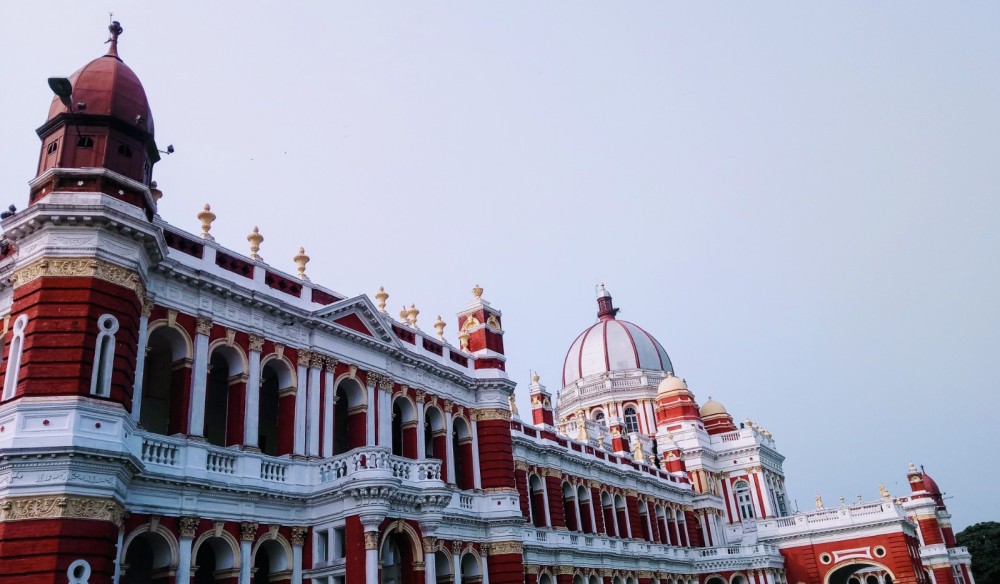