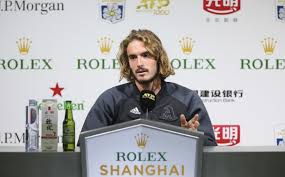 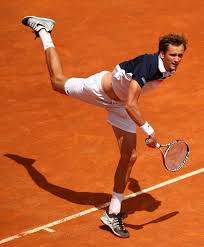 Roger Federer has a clean record against Medvedev (3-0), as does Rafa (2-0). Daniil did manage to take the US Open final to the fifth set, but the result never seemed in doubt. But the Russian has defeated Djokovic in their last two match-ups (Monte Carlo, Cinicinnati) and had earlier given  him quite a scare at the Australian Open 2019.

Tsitsipas did defeat Federer at the Australian Open in 2019, but the Swiss has since swatted him twice – at Dubai and Basel – in straight sets . The Greek surprised Rafa, and  even himself at Madrid , but has lost in 4 other matches to the Spaniard. Clearly, Stefanos does not represent much of a threat to the Fedal. But Djokovic finds it rather difficult to outwit him. The Serb lost to the Greek last year at Montreal, and this year at Shanghai, although he did beat him in the final at Madrid in 2019.

Novak was a set and a break up versus Medvedev in the semi-final at Cincinnati in August, yet he ended up losing that match. He was a set up against Tsitsipas at Shanghai, yet he lost.  Both these future Number Ones, Daniil Medvedev and Stefanos Tsitsipas have become Novak’s nemesis , and the Serb knows that well , as do his fans.

Meanwhile, the draw for Paris Masters is out.

Djokovic is slated to meet Tsitsipas in the quarter-final and the survivor shall take on the winner between Medvedev and Thiem for a place in the final . The other semi-final is expected to feature Fedal . Before that, Djokovic should overcome Lajovic/Gasquet in R2 and then the winner of Schwartzman / Edmund in R3.  The prospect of a semi-final face-off between Medvedev and the winner of the Novak-Stefanos quarter-final is identical to what had transpired at Shanghai, where  the Russian had defeated the Greek  in the semis in straight sets, and then mauled Sascha Zverev in the final to pocket his second career Masters.

Tsitsipas plays Taylor Fritz or Tiafoe in R2, and the winner of Agut and Alex de Minaur in R3. Daniil Medvedev faces Pella in R2 and Isner in R3. Theim , the only young player who enjoys a positive head-to-head (2/1) against Medvedev is also in great form ,having won Beijing and reached the final at Vienna . Can he stop Medvedev in the round of eight ? It must  be noted that Medvedev enjoys a comprehensive 5-0 head-to-head advantage  against Tsitsipas, whereas Thiem leads the Greek by 4-2. Even though Djokovic leads Thiem by 6-3, the Austrian has won 3 out of their last 4 encounters. Clearly, Djokovic seems to be  the weakest contender amongst him, Thiem ,Tsitsipas and Medvedev to enter the final from this half. How the times have changed for Novak !

Daniil’s six consecutive finals in six tournament appearances is almost as djokovical as Djokovic could once manage (2011) . Medvedev is the new master of consistency in the tennis world , even as Novak himself has slipped, especially against the younger players and in the best –of-three format. Aside of Stefanos and Daniil, Djokovic lost the WTF final to Sascha Zverev last year and Rome in 2017. Karen Khachanov beat him in the final at Paris Masters in 2018 . Thiem defeated him at Roland Garros in 2017 and 2019 , and Nick Kyrgios thrashed him at Indiana Wells and Acapulco in 2017. This is rather an ominous trend in the  post-30 sporting life of Novak Djokovic wherein he has become predictably vulnerable against the younger lot, who still find it difficult to take even a set off Rafael Nadal.

Novak Djokovic holds most of the tennis singles’ records at Paris Indoor Masters. He has played most finals (5), has won most titles (4) and has won most matches overall (32). He is the only player to have successfully defended  the title, and naturally the only one to win it three consecutive times (2013-15).He lost the final in 2018 to Karen Khachanov, and is again seeded number One in 2019. He is the current World Number One and has been so for a record 274 weeks now. He has a distant shot at finishing as the year-end World Number One for a record-equalling sixth time. Ideally, Novak Djokovic should be considered an overwhelming favourite at this year’s Paris Indoor Masters , but lacklustre form and fitness in the past three months have damaged the halo of invincibility that earlier used to envelope him.

After the epic Fourth round French Open  loss to Wawrinka , Stefanos faced a major slump and lost 5 out of his next 6 tour matches. In the meantime, he managed to befriend Nick Kyrgios and wasted quite some time fooling around on doubles circuit. But he has since managed to pull himself out of the deeps as he showed by reaching the final at Beijing (lost to Thiem) , and semifinals at Shanghai (lost to Medvedev) and Basel (lost to Federer). The World Number 7 is not in red hot form, but he is dangerous enough for Novak Djokovic. Tsitsipas might still be easy meat for Thiem, Medvedev ,Rafa and Federer but Djokovic finds himself quite uncomfortable against his forehands and monster serves.

Somehow Djokovic comes across as weak, vulnerable and slightly jaded in the second half of this season. Although he trails Rafa in the year-end ranking race substantially, he can still finish at the top if manages to win at both Paris and London, and Rafa slips . Yet the Serb is looking flat, a win at Tokyo notwithstanding. Rafa defeated him in an exhibition game at Kazakhstan this week. The two dragons (Daniil and Stefanos) await him in Paris, but strangely Novak and his family seem more perturbed that tennis audience s do not shower love upon him as much as they do on Fedal.

As a hardcore Novakian, I feel scared, and let down not just by the draw , but also by Djokovic’s form and intensity.