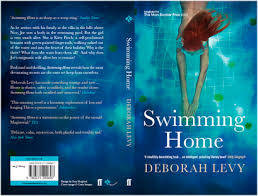 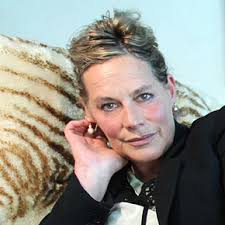 “Life is only worth living because we hope it will get better and we will all get home safely.”

This is perhaps the most pithy explanation as to why some people are able to beat the odds and come back from brink, while others cross the line and take plunge into the vast unknown . A cup of tasty soup, a cosy hug or a warm bed , while everything else might be depressing  , can shift balance of choice in favour of life. And yet the urge to take the final step doesn’t get triggered in everyone. Memories of a horrific past ,general gloom of  the present and absence of hope from the future do not shatter everyone in a similar manner. No one knows how the phenomenon of suicide works. Civilisation collects the body, soul escapes interrogation.

A poet is holidaying with his war correspondent of a wife and teenaged daughter in southern France in 1994. A friend of his wife and her gluttonous husband are staying in the same villa . In comes an intruder, who is spotted swimming naked in the pool . She introduces herself as a botanist and is kindly allowed by the wife to stay in a spare room in the villa itself, despite obvious vibes between the intruder and her husband.

The botanist turns out to be a huge fan of the poet , and has written a poem of her own which she wants to get examined by him . The poet, very reluctantly goes through it, but keeps denying having done that till the end . The casualness of expression and mundanity of thought in the poem ends up unsettling him.

It is later revealed that the intruder was recuperating from a attack of depression. Many a times she claims to have some kind of telepathic connection with the poet, who himself had battled depression in the past. The author gives the reference of the film,E.T., in which the alien and his host on earth develop a similar kind of a connection. The poet was a Polish Jew who had managed to escape his  in the late 1930s, and was haunted by the memories of his dead parents and horrors committed in the past .

The wife is battling her image and is at her tether’s end. She had seen war, and had her own mortality to cope up with. “If she knew that to be forceful was not the same as being powerful and to be gentle was not the same as being fragile….”, she might not have allowed the intruder to share space and put the precarious balance to test. But she does ,in a bid to control, and as a result ends up disturbing the equilibrium of the situation.

The daughter gets her first periods during these holidays. She is mature and perceptive, understands her family’s  dynamics and could sense the mutual attraction between her father and his fan . She reads up the intruder’s poem which is lying around  and realises that the latter is suicidal and tries telling others about it.

This short novel packs a lot in a small number of pages. Repetitive sentences and themes create a sense of foreboding. Events have been narrated by the daughter in 2011 in a sort of a confessional. The four central characters have a lot of depth, but the peripheral ones do not count for much. The prose is simple, yet elegant. The author doesn’t much delve into details of landscape or physical attributes of dramatis personae.

Deborah Levy is a British playwright, author and poet. Swimming Home made it to the Booker shortlist in 2012. It cannot be classified as a psychological thriller, rather as a reflection upon life and death, euphoria and depression.