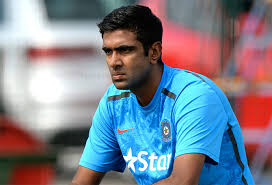 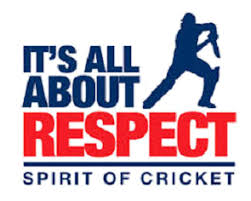 Cricket is played as per codified laws .What is written down in black ink on white paper must not leave much scope for interpretation. Yet cricket always seems to be plagued with controversies ,more often than not, related to the conventions followed in the sport.The spirit of fair play  is invoked far more often  in cricket than in other professional sports.This seems to be the side-effect of  the original sin related to its English origins,especially as football,tennis,hockey and basketball (with lesser English influence) do not suffer as much . It goes without saying that cricket is a more complicated sport than most others,is statisticians’ delight and asks more uncomfortable moral questions .

The UK doesn’t have a written constitution .The country is run as per various Acts of Parliament,court judgements and conventions. It is these customs and precedents which play a key role in functioning of its great parliamentary democracy. The interpretation of various laws not just in the UK,but also various democracies based on the Westminster model like India,Australia and Canada ,takes into account these British conventions,which,in turn, have roots in Western philosophy,British culture,elite snobbishness and Protestant ethics.

Cricket  gradually evolved in England from 17th century onwards. ICC was headquartered at the Lords till 2005,after which Dubai became the home of cricket.The Gentleman’s Game used to rely heavily upon conventions and so-called spirit of fair play even till the 1990s, when the floodgates opened and the madness of commercialization overtook it.

There was a time when batsmen were expected to walk if they felt they had nicked the ball,reliance was placed on a fielder’s word on a claimed catch,a non-striker expected to be warned by the bowler if he was backing too far out of the crease, tail-enders didn’t expect to be bounced out by opposition’s pacers and sledging was to be kept confined to light banter . As technology entered the game via the third umpire ,and affordable TV screens took live telecasts and replays  to every nook and corner in the world ,Cricket did not  remain a mere gentlemanly pursuit.First it became a circus,then degenerated into war, and eventually has now settled into being a cut-throat professional sport,played all the year round .

The cross of high pressure is not just for the players  to bear.Coaches,commentators,selectors,umpires,groundsmen and even administrators – no one can escape audience’s close scrutiny and accompanying wrath. It takes a moment for a ‘walker’ to be considered a ‘loser’,and  a youngster to become a superstar. To expect any player to cede an inch ,or give up any chance to further his own and his team’s prospects is a tad too amateurish.Careers are at stake – fat lot of money,and fame are we discussing here.

The sport now derives most of its revenues from the Subcontinent,and it is India and Australia who are considered cricket’s true superpowers,although England remains a part of the Big Three .It is but natural that the philosophy of the sport shall also reflect the influence of these cultures.Aussies do not exactly boast of gentlemanly ancestry .They play hard,and play to win,not to gather applause in the House of Commons from their Right Honourable Opponents.The Kangaroos have taught the world how to stretch the rules of sports to their very limits,and gain advantage even by use of sledging and influence of the  local press.The world has noticed,and learnt well.

Indians are an argumentative people.To resolve our never-ending arguments ,we have no recourse but to fall back upon laws.In a developing country,where even social conventions are falling rapidly by the wayside,it is too much to expect cricketers (and politicians) to adhere to age-old conventions. 150 Crores aspire to be where Ashwin is today. One cannot afford to play by British rules of fair play.The governing body has framed rules to conduct the sport.

In 2012,Ashwin had Mankaded a Lankan batsman,but his captain Sehwag withdrew the appeal after discussing the matter with Tendulkar. “If that was soft,that is the way we are ”,Sehwag had said. But Ashwin has since been steadfast in his arguments advocating Mankading. Ashwin considers the non-strikers’ crease line as his,and its transgression as excursion. His latest act should be seen as lending practical support to his ideological belief.

Even Bradman did not consider Mankading unsportsmanlike .There is a strong case to be made in defense of the bowler here.It does not involve manipulation of rules like giving ‘team orders’ or causing deliberate crashes in F1,or misuse of injury time in tennis.This is also not quite like faking falls in football in hope of gaining penalty or some kind of possessional advantage.Mankading is more akin to Underarm serve in tennis- frowned upon,but perfectly legal.

The earlier law which allowed the bowler to effect a run out only before entering a delivery stride was reviewed and modified in 2017.Now a bowler is allowed to attempt a run out till the moment they are normally expected to deliver the ball. Whether Ashwin’s appeal was valid or not was for the three umpires in the ground to judge ,but he can certainly not be called a cheat ,or amoral for attempting it .MCC is blowing hot and cold on the matter,and Ashwin’s slight pause is being questioned. But it must be noted that while Ashwin’s intent is still debatable,that Butler aimed to gain unfair advantage by repeatedly venturing too far out is beyond  doubt.

One can argue if Ashwin  chose the right stage  to gain advantage .This was a useless club game,his first of the season,in a worthless T20 tournament.This is the World Cup year. India might have benefitted by running Butler (a habitual offender)out in a crucial Cup game later this year.But therein lies the cause behind Ashwin’s extreme belligerence. He might not be there to execute his plans.

Ravichandran Ashwin is a difficult man to like,and impossible to sympathize with.He tries a tad too hard to come across as a natural athlete,and an intellectual.His love for Clive Cussler might establish his  credentials as a  thinking man  ,but his seriousness both on and off the field are very off-putting .He wears his educational degree on his sleeve ,and is quick to explain  how his engineering brain helps him in unravelling and understanding the art of spin bowling and provides him an edge in outfoxing batsmen.As if Bedi was at any disadvantage.As if Murali was all at sea.As if Warne is a professor.

Ashwin is that kind of a guy who manages to rub people the wrong way with his sincerity, monkish zeal and intelligence.It cant be helped otherwise.He is what he is.Even at the height of his success in Test cricket,he came across as a truculent fellow,forever aiming to rationalize his performances and justifying  the quality of pitches he bagged his hauls upon .Now he is facing stiff competition from Kuldeep and Jadu in Tests,and from the leggies and Jadu in limited overs .Indeed he finds himself out of favour in the white bowl formats .For a proud cricketer like Ashwin,this is a bitter pill to swallow.

Resentment has resulted in bitterness.Ashwin is eager to attract attention.He is super-charghed. This explains his Mankading of Butler.This also explains his hilarious appeal to the PM to allow IPL players to vote in any city. There is no doubt that his attempt at running Butler out and the subsequent appeal are fair and legal, although  the final verdict remains questionable.

Ashwin’s detractors have been peddling moral and ethical arguments .These do not cut any ice,and indeed make mockery of the law which  doesn’t mention  that a bowler is obliged to  warn the non-striker. Indeed ,doing so would be tantamount to placing  batsmen on a higher pedestal than bowlers.

This incident  brings to fore the bat versus ball debate.The sport is much too skewed in favour of the batsmen.Balls have remained the same,bats now resemble battleaxes.Pitches are benign,all sorts of fielding restrictions have been put into place and benefit of doubt,that slimy witch,always favours the one who yields the  willow .To be a bowler in these times of T20 and T10,and be denied even lawful rights to appeal in the name of the spirit of cricket begs the question-

Who’s spirit is it anyway ?

Perhaps,the sport means different things to different people in different cultures in different times.Conventions can’t be uniform,which is why laws are enacted.It can be questioned if the spirit of the game we are talking about is white or coloured, but would solve this particular conundrum. That said,the cause of cricket is never hurt by such controversies as Makading.