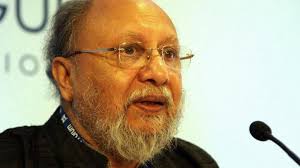 SYMPTOMS exhibited by a  Liberal-leftist :

One who gushes at the sight of Hilary Clinton,and gulps at the mention of Merkel is a hardcore left-wing liberal.Their wet dreams comprise of Trudeau and Sanders ,and in their superhero avatars they maim and slay Modi ,Trump and Bibi. Their god was Obama,and they don’t see any irony in #NobelForImran .Xi confounds them,as does Abe .Israel ,for them,stands for everything illiberal about the world order,and must be destroyed. India,which could have satisfied their socialist pangs and secular lust ,has taken a perverse  rightward shift, and hence must be ridiculed at every step.

However since fifth columnists in India are most greedy ,servile and hungry for attention on the planet,there is yet hope. But vile narratives have to be set forth for their Indian variants to promote,and which is why our intellectuals mostly look towards the West for clues and approbation.

India is a frontline state in this battle between the liberal-left and the right.The former have been thoroughly exposed in the US and in Europe.We still give them some benefit of doubt,perhaps because of our obsession with their academic degrees.

WHAT is left-wing liberalism ?

Liberal-leftist is a tag used to describe those high-minded ,self-professed intellectuals who speak from raised pulpits in measured tones and perfect accents ,and look down upon those common folk who are concerned with mundane (bourgeoisie) matters like the destinies of their nations , and preservation of their own ways of life.

Main Stream Media has been under their vice-like grip since time immemorial,and this has helped them in setting the narrative on a host of global issues like global jihad,nuclear proliferation,arms race,climate change,regime changes,insurgencies and economic models.

Technically speaking,being a left-liberal means being in opposition to conservatism,to want a freer and more equal society,to oppose racism and sexism,to work towards greener earth and aim for more sustainable lifestyle,to be against corruption and war,and work towards betterment of lives.A left-wing liberal claims to work for the vulnerable and poor sections of population.

But this is all semantics.They do pay lip service to these causes,but  lately,their most effusive ejaculations have been occuring in spirited defense of global jihad .

HOW Does the Left-Liberal establishment OPERATE ?

Identify a cause.Develop theories around it.Invoke leftist intellectuals of yore to lend credibility to these responses .Embellish them with references of human rights , liberty and  egalitarianism.Peddle this view as mature,sophisticated discourse.Preach on MSM.Share on social media,esp twitter.Nudge lackeys in public sphere to catch drift, and play the role of cheerleaders.This is how the Establishment works.

Every news item  ,related to the problems of assimilation ,is given a perverse twist to somehow justify the actions of immigrants.A sustained campaign by European establishment is in vogue calling for compromises to be made by native Europeans , bordering on downright appeasement.

Left liberals have a major problem with nationalism,the expression of which in any manner ,they  are quick to brand as xenophobia .They feel threatened by it as true nationalism is directly opposed to beliefs in supranational ideologies like Islam,or Marxism (both mutually irreconciliable but LL rallied behind radical Islam after the collapse of Communism).Left-liberals are quick to criticize polytheistic religions in favour of monotheistic faiths as the latter have the strength to take on nationalism .This is the reason behind such intrepid defense of radical Islam.

All this is geared towards one end- defense of radical Islam at all costs. Of course,any self-respecting left-liberal would always be expected to mouth those two hackneyed lines- terrorism has no religion,and citizens of a nation cannot all be associated with terrorism.

With their holier-than-thou manner,and superiority complex ,over-reliance on rationalism and complete disregard for patriotism,left liberals have managed to raise heckles among the educated nationalists everywhere in the world.Yet they control the levers in MSM,SM and academic establishments .Awareness of their designs is required to throw spanner in their works.