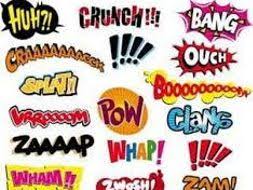 Yesterday, my college WhatsApp group held an online THOO-THOO poll. Two of our pals were to be voted upon, and the winner, implying the most hate-worthy one ,was to be drowned in a bucketful of spit – to be ‘thoothoo-ed’  upon virtually, by means of chat emoticons, is what it entailed.

It might be odd to see thoo-thoo being mentioned in the context of political process,but there have been some historical examples. As the source of this ‘thoo’ sound suggests, it means spit, in all languages cutting across geographical barriers.

That grand alchemist of English language, James Joyce, popularized (more importantly, legitimized) such words that imitate, suggest or resemble the sources of  sounds. Joyce,the most idiosyncratic of all English users, used words like suck, puck, tattarrattat, whirr and thum, and described these  words as ONOMATOPOEICS.

“Thoo-thoo”  became a part of the Indian political lexicon in September 2002.The then ruling party in UP, BSP, organized a ‘DHIKKAR’ Rally (to reproach and damn the opposition for questioning the government’s intent and motives). As a counter to this ‘reproach or damning’ exercise at the hands of the government ,the Opposition, that is Samajwadi Party of Mulayam Singh Yadav, celebrated  “thoo-thoo’’ Diwas (the Day of Spitting).

Contrary to the fears of the hygiene-minded people of UP , ‘thoo-thoo’ was to be verbal, rather than physical in form. Innovative sloganeering, rather than actual spitting was the political program of action. Thankfully,this concession on the part of the SP leaders averted untimely floods, since the party claimed that a sea of supporters took part in the demonstrations. Mercifully,the people of the state were spared rotten odour and infections that might have emanated from rivers-full of spit.

Some  slogans which were raised that day were like-

One must appreciate the effort put into weaving these verses, full of hate, satire and bad smell. It is not for nothing that UP is considered as the home of Hindi Kavita.

Spit as an innovative political weapon has not remained restricted to India. A Donald Trump rally in November 2015 saw one of his supporters spitting  upon a Latino immigration activist. The symbolism was not lost on anyone.Trump has since continued to spit venom on the immigrants, even as the President. He has raised the pressure and volume of spit emanating  from his Presidential mouth cavity.

Spit, though easy to conceal and more contemptuous a missile, has not gained as much popularity as shoes ,slippers and black ink .Perhaps because it cannot be hurled over long distances, is not physically intimidating and being white in colour, doesn’t make for good visuals.

But activists have other options.

Has anyone used piss ,or shit so far ? I have heard of sweepers hurling polythene bags containing shit onto SP and DM offices and bungalows in Kota, and in some other North Indian cities.But the trend did not catch on, perhaps because police reprisals were severe.

I guess it’s a question of when, not if, in this world, where activists seek Warhol’s fifteen minutes of fame,and start using these weapons more regularly, and with impunity.

After all,shit does fly better than spit.It can hit the fan with impact as well. This can be grand TV spectacle.Some desperados are born shit-kickers .It has been used in warfare for ages.But as political weapon,probably not effectively thus far.

Piss (another Onomatopoeic) can be used to flood the intended object(s) with shame. It can also be used to sweep political opposition away, or to drown it in deluge.

Soo-Soo rally is an idea whose time has come. About time, I’d say!

This would be another welcome onomatopoeic (ऑनमेटपीइक) addition to our ever growing English and political vocabulary.