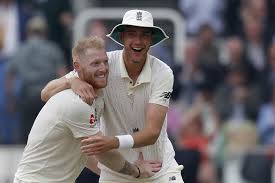 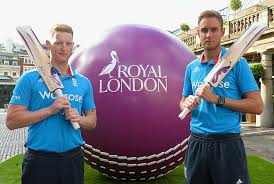 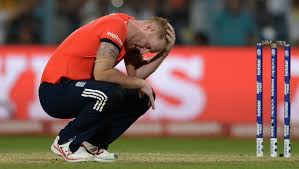 The T20 World Cup Trophy is going to the Caribbean. Whether Carlos Braithwaite won the match in the last over,or Ben Stokes lost it, are just two different ways of looking at the same event. Both migth be true at the same time, or not, we cannot say for certain.

I was chatting over WhatsApp with Sid, a college mate ,a star batting opener, someone who is an astute thinker of the game .

Sid-“Once it happened to Broad, and now it has happened Ben Stokes – another addition in a long  list of shamed Ingliss bowlers. This is all he would be remembered for – 6666 off the last over. Just when it mattered, when England were almost home, he failed so miserably.”

Now, Yours Truly tends to like Stuart Broad a bit . I have seen him turn around many a test matches on their head, almost quite single-handedly .On his day, when it is slightly overcast, and he is in good rhythm , Broadie becomes unplayable in a trice. I stoutly defended the lad.

Me-“But if Stokes can manage to do what Broadie has done in his career, it would be quite an achievement. Stu Broad is the best bowler in Test cricket today ,not to mention  that he has been quite consistent for long now .” I know that Sid does not watch any serious cricket .His interest is confined to IPL , and international matches featuring India. It was futile to enumerate numerous match-winning spells and hauls of Broad .

Me-“Indians maybe, not everyone . Ozzies and Poms shall never forget his 8/19 at Trent Bridge in the first session .In his last test against the Proteas, Stu claimed 6/17 in the second innings at Wanderers, and single-handedly won the Pommies the Test.”  All this fell on deaf ears,or blind eyes- it being a WhatsApp conversation.

Sid-“Poor Stokes .He been has branded for life. All the hard work and talent down the drain. Braithwaite has turned him into an object of ridicule ! ” S was having fun at Stokes’ cost , while sipping beer in a Chicago bar. Samuels was having a go at Stokes at the post-match Press Conference in Kolkata, one padded foot over kept the table . Life is cruel,as it is. A Professional Sportsperson’s life has more vicissitudes than a sop opera star’s . Forgotten in less than four months was Stokes’ magnificent 167-balls double century which he had scored versus the South Africans .

Next Freddy Flintoff ! Who?

I tried to hold my own in this minor skirmish,”history remembers people for their best performances ,dude. It is the peak that counts.”

He had sealed the argument. I had nothing more to offer. Like that Miandad six which had sealed the Indian lips in the final at Sharjah ,my verbal volleys had been hurled over the ropes . I meekly suggested, “people remember him for his Hat-trick as well .”

Feeling triumphant, Sid had moved on to discuss his latest fad, Indian Classical Music ,and his dull sex-life ! His erectile was bothering him, but he was a happier man than Stokes that night. That is WhatsApp for you. Your sparring partner need not wait for your retorts and comebacks. You can keep bowling googlies , he might refuse to even pad up.

Should I have invoked ‘Chat Protocol ’ ?

Like DO NOT USE THE BOLD LETTERS, and I HAD A RIGHT TO REBUTTAL, and that MY BLOODY MESSAGE DESERVED TO BE READ etc.?

I’m not a loser yet, a ‘lame apologist’ for Ben Fucking Stokes and Stu Bloody Broad is where I set my lower limit.

Post Script- The above discussion remained incomplete. I have always had immense love for, and faith in Ben Stokes. The Bar brawl which followed the World Cup was disappointing. His rehabilitation has been slow. But Cometh the Hour, Riseth the Phoenix . Ben, the Man, has now won the ODI World Cup for the Pommies. I wonder if Sid still remembers Stoksey for those four sixes , or rather for the vital match-winning innings he played versus Kiwis in the final?