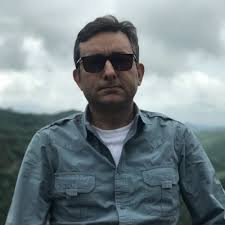 Contemporary Indian writings are virtually  silent on the forced exodus and genocide of  Kashmiri Pandits which took place in the 1980s .It is much more glamourous and politically fruitful to harp on so-called human right violations by the Indian Army (dubbed as an occupying force by liberals and locals) in Kashmir and in the NE.That kind of posturing gets one noticed in the Western liberal media and local left-liberal ‘intellectual’ circles ,not to speak of the dissenting groups in various campuses.
What kind of a self –respecting intellectual or an aware politician would sympathize with a demographic group like Kashmiri Pandits? By virtue of being Pandits ,they are assumed to be intelligent and knowledgeable ,and as such, capable of making a good life for themselves even under harsh circumstances .Being a Kashmiri ,on top of that, makes one fair game in the India-Pakistan imbroglio,as one is just seen an inevitable collateral damage in the pathway of Islamic jihad. KPs asked for tragedy, and got heaps of it!
One needs a careful analysis of what has actually happened in Kashmir,the hows and whys ,and what is the future of this “colony”. One needs to call the bluff behind the demand of  “Azadi” .Pakistan knows very well that India couldn’t and wouldn’t ever let them have the whole of Kashmir.India can ill-afford to look so weak ,either internationally or even to domestic fissiparous elements .If Kashmir ever falls ,India wont survive a country,forget about the government of the day surviving the fall. Kashmir stands as a symbol of our secular character,and as a testimony to the fact that Muslims voluntarily chose to be a part of this country. Howsoever fictitious or lame this argument might be ,if Kashmir goes ,the Muslims in this country shall all be certified by vested interests as ‘separatists’. Obviously,India is also aware of this basic ground situation. As for the Kashmir’s cry of azadi ,it is pure hogwash. Kashmir has never been azad in history ,and they know well that Pakistan shall gobble them up the moment they have semblance of  independence (which is not possible anyways).

Then what is it that they actually want ?
“Azadi to bahana hai,
Darul Islam banana hai.”
Rahul Pandita asks this question in his book ,but does not answer it .He has shrewdly masked his real self in this narrative. Rahul even questions that if freedom was being sought,why was it necessary or desirable to slaughter local Hindus. Kashmiri Pandits have been treated very harshly since the days of  Chakks in 15th century. Sikander ‘Butshikan’ ,the later Afghan governors (from Panipat to 1830s), 1947-48 tribal invasion,and at least since 1982,it was political Islam’s policy to  exterminate Kashmiri Pandits ,or force them to migrate en-masse out of the Valley into Jammu or Indian plains.This was to convert Kashmir from Darul Herb(infidel land) to Darul Islam (land of Islam),an aim in which they have already succeeded.National Conference, PDP, Hurriyat parties are just political pawns in this religious game.They have succeeded to a large extent as they have always chosen apt moments to launch offensives.

Nehru was always a secular apologist along with being a romantic, Rajiv was naïve, and VP and Chandrashekhar never had power, will,or  time to even pay lip service to the cause of Pandits. Even the BJP was consumed with Mandala and Kamandal, and could not help the KPs in their hour of need. The whole nation was burning in late 1980s. Bofors, Punjab insurgency, Mandal, Babari ,political instability, Tamil refugee problem and later Rajiv’s  assassination  kept the nation disturbed even as massacres and forced migrations of  Pandits was being carried out . No one stood up for them .Kashmir was cleansed of the ‘impure’ infidels by aman-pasand Kashmiris.
In such a politically charged atmosphere,with battle-lines drawn along caste and communal lines,Congress,socialists and left could not have afforded to even croak in support of Kashmiri Pandits, who were brutally killed in large numbers, and forced to flee their homeland leaving behind their property,lives and memories .Amnesty International,UN,USA all looked the other way when Hindus were slaughtered in thousands and half a million turned refugees.
One needs to appreciate the predicament of intellectuals ,the Centre and left in this regard. One  could not have been seen supporting so-called ‘Pandits’, as it would have been politically suicidal and incurred the wrath of backward castes during the days of Mandal agitation (or so the suckers thought). How could they have stood on the other side of history and supported “upper caste” Hindus against the very votaries of azadi.The caps worn by Syed Ali Shah Geelani and his acolytes seem so Che Guaveresque. The stone throwers of Kashmir remind them of Palestinian intifadas and they pass into orgasmic ruptures at their sight.
Rahul Pandita’s account is brutally truthful,and he has neither dramatized nor much censored his writing.He also seems to have generally kept away from drawing conclusions.Its an engaging read.But one comment of his has turned me off.It goes something like this,
“On a TV debate one night,I argued that there should be a policy of zero compromise with alleged human right violations by the armed forces in Kashmir.To which a drunk Army General thundered,how can you ,of all people say so.” Rahul Pandita comes out with the gem of a hypocritical reply to this,looks into the eyes of the general and says,
“I have lost my home, general,not my humanity.” How hollow did the mannequin sound!
No one can advocate or condone army excesses,but such grandstanding only reeks of self-flagellation and quest for sainthood.This emboldens  jihadists and azadi protesters.All in all,there are not many good books on Kashmiri Pandits and the crisis of 1980s and 90s.This is one brave, and an almost honest, attempt that must be pursued to understand and call the bluff on AZADI.